In 2011, Journalist and Director Harry Sanna was embedded with a Blackhawk medevac unit in Afghanistan. Living for several weeks with the unit, he captured unprecedented and unfiltered access to the rush and chaos of their mission. After the completion of their deployment, Sanna followed the team members home, recording their lives and thoughts in the years since their return with an intimacy and access only afforded to a member of the unit. 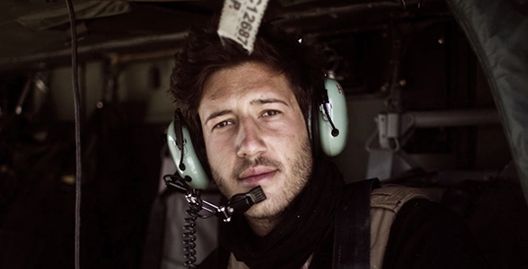 This is an extraordinary interview, where Harry shares what it was like working with this medic unit and shares in more detail some of the things he saw and experienced, not only from the perspective of the medic unit, but also on a personal level as well.

We touch on many different topics in this interview, ranging from the military, evacuations, PTSD, combat safety, and also what it’s like for veterans after they return.

It’s a very different type of rescue, whereby we hear it from not only a journalist, but getting to hear about medical rescues in a combat situation.

Harry was also interviewed on the Medic2Medic Podcast for Episode 135. While we tried to focus more on Harry’s experiences and take-aways from his time in the medevac unit, in this other interview you’ll hear a different side and learn more about the movie of how it came to be and some other back stories, where Producer Ryan Cumminham and Director Harry give different insights. It’s also worth listening to as well.

Listen to the audio
Hear other episodes at themedic2medicpodcast

You can purchase the film at major movie distributors, like iTunes and Amazon or at the website.

It’s a great interview in this episode of the Australian Rescue Podcast and we hope you like it.

Get good reliable website hosting with A2Hosting through our affliate link.